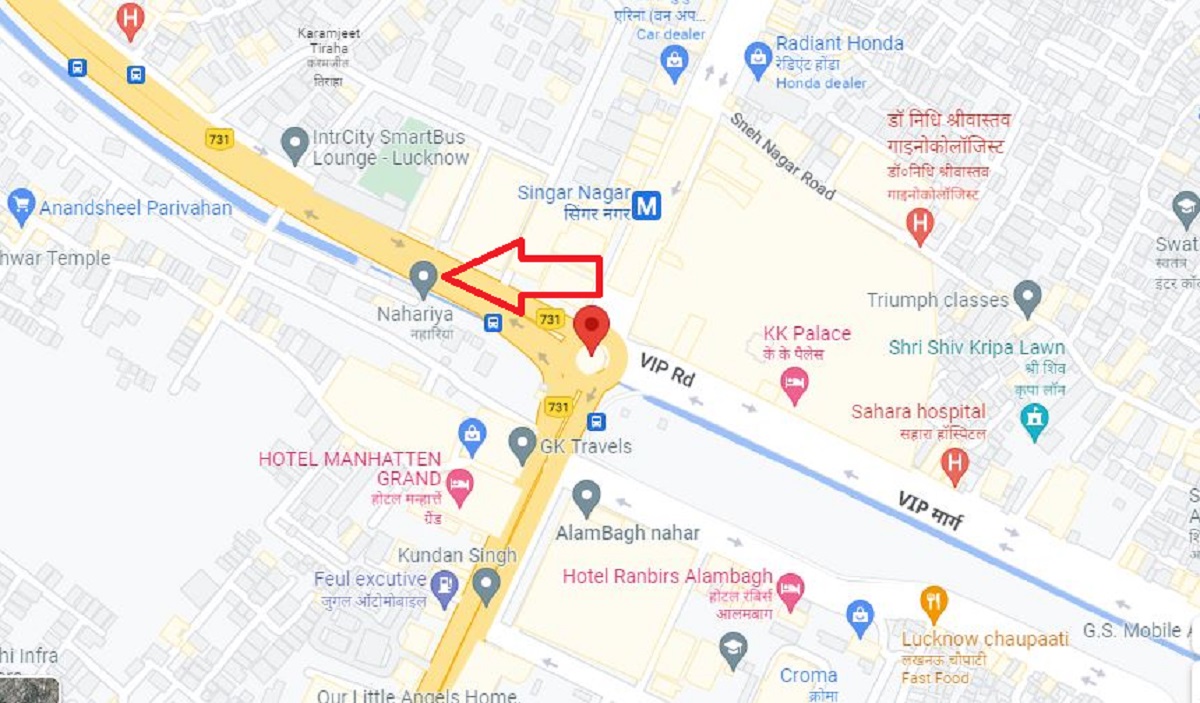 Nahariya Chouraha (Nahariya Chowraha) is a place in Lucknow which is a crowded public place, where people come to catch the bus at the nearest bus stand. The place is known for office going people and people coming from outside in lucknow who often use the public transport as their means of communication. We are exploring the place called Nahariya Chouraha Pincode Distance Directions Metro Bus Stand, etc.

One can easily find their distance in time and kilometers by using the google map.

All these above three metro station are within approx. 1 km range from the Nahariya Chauraha.

The pincode of Nahariya Chowraha Bus Stop, Lucknow, UP is 226005.

It is also known as the Para Road Nahariya Chowraha.

One can easily found the directions towards nahariya chowraha using the google maps or if you are a going for the first time, you can ask the local people while entering the city.

Dev Hospital is located on the Nahariya Chowraha Para Road in Lucknow.